International Surrogacy: The Reality Behind the Luxury 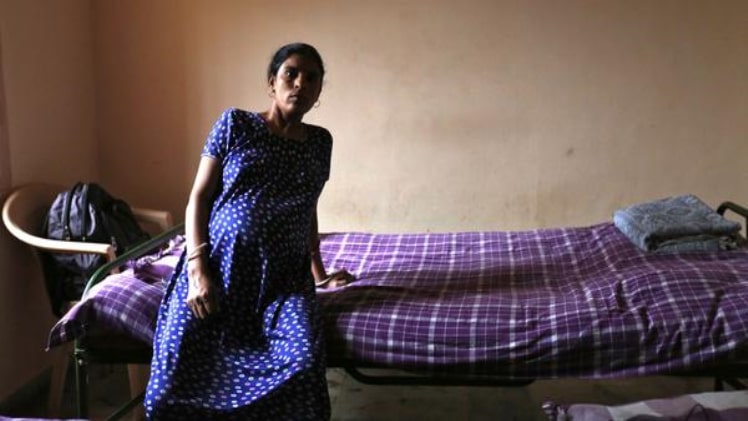 The differences across countries and the absence of reliable data and reporting channels make it extremely difficult to estimate its relevance and worldwide value. These moral dilemmas can be resolved or avoided with the aid of an international surrogacy agency and good planning.

What is International surrogacy?

International commercial surrogacy (ICS) is a procedure in which prospective parents contract a woman in another country to carry their child on their behalf, either directly or indirectly.

International Surrogacy is often a secret operation frequently hidden in plain sight in many nations.

It is typical for people and corporations to ignore the law or breach it to carry out a successful surrogacy, whether they are doing it out of a desire to start a family, make money from the arrangement, help others, or generate an income.

Governments do not pursue legal action in areas where it is illegal for people to practice an International Surrogacy arrangement.

The US, Canada, India, Cyprus, Poland, Greece, Nepal, Ukraine, Cambodia, and Mexico are popular locations for international surrogacy. In countries like the US and Canada, the price is around £100,000; in nations like India, Cambodia, and Nepal, the price is between £30-50,000.

Although the surrogate’s income is often far less than the total, many women choose to do it because they may earn the equivalent of several years’ worth of wages in just nine months. Even though there are dangers that accompany international surrogacy, most women do it anyway because of the income behind it.

The Reality Behind International Surrogacy

Despite how lucrative the whole international surrogacy concept looks, several realities and challenges come with it.

The issue of the safety of surrogate mothers is a concern. There could be problems, in particular, with what she is expected to go through during the pregnancy. For instance, several facilities demand that women deliver through a cesarean section procedure.

In some cases, the procedure involves multiple embryo transfers, which has additional safety concerns. Even though this practice is strongly banned in licensed reproductive clinics because of its link to greater risks of problems, some states still practice it.

Fraud is another problem for commissioning parents who use international surrogacy. Since local laws in developing nations do not govern surrogacy, these countries should not be trusted. To deceive prospective parents considering signing up with them, they frequently employ surrogate moms with no formal education.

To avoid any of these issues, expecting parents should be cautious when selecting a surrogate from a developing country.

Women, who are frequently uneducated and illiterate, are assessed for their fitness as surrogates, or more specifically, for their potential to deliver the baby. The assessment aims to ensure the commission surrogacy’s success, not the woman’s interests or well-being.

Women who are willing to voice out their concerns are often not selected. Instead, they choose women who are unwilling to speak up for themselves to keep them quiet.

Every element of women’s life is under the supervision of agents and clinics. Whether they live at home or in institutions, they spend the entirety of their pregnancies on preventing the harmful effects of stigma in their communities and on allowing for the monitoring of pregnancies.

Agencies provide medication, give instructions on what to do, and women are controlled mentally by using strategies like inciting competition among themselves. The women sometimes push back, but in the end, they have less authority than middlemen, clinics, and commissioning parents.

Here’s a scenario of what international surrogates go through;

Their payment was meant to help them with difficult financial issues including paying for a parent’s dialysis, paying off debt, or providing for or educating their family. These women complained about the difficulties with the surrogacy procedure.

Informed consent is defined from a medical view as consent that guarantees a complete understanding of the risks and benefits before agreeing to a procedure. The reality of international surrogacy demonstrates that it uses a far different standard of medical consent than other healthcare procedures do.

Research has shown that surrogates in Indian societies do not know the treatments done to them or the risks involved. Informed consent as it is understood in medicine does not truly exist in this country.

In Thailand, Mexico, and Ukraine, there have also been reports of issues with informed consent. In these countries, women are first given a brief explanation of surrogacy and legal contracts. According to reports, uneducated, underprivileged, and sometimes illiterate women usually have a limited understanding of medical and legal information and are unaware of their rights, such as the ability to revoke legal and medical permission.

Additionally, the risks to the woman’s health, including venous thromboembolism, hypertension, pre-eclampsia, cholestasis, hyperemesis gravidarum, and short- and long-term consequences from cesarean sections, are not addressed.

Egg donation-related health problems such as ovarian hyperstimulation syndrome and the continuous use of surrogate mothers for egg donations are also frequently left unattended and untreated.

There are also specific social issues concerning the practices at the reproductive clinic. One of these might be the communication between the commissioning couple and the surrogate, particularly during the postpartum period.

After the baby is delivered, some clinics restrict the surrogate’s time with the child to prevent the surrogate from developing an emotional attachment to the child.

Despite this, many surrogates claim to have a solid emotional bond with the child they carried, and they frequently express great gratitude for the chance to continue being involved in the child’s life in the future.

The social consequence of international surrogacy

The effect on the families of surrogate mothers has not received much attention from researchers. When women are kept in hostels or transported to foreign countries, relationships with their spouses and children are frequently affected.

Surrogate mothers’ worries regarding their physical and emotional health as well as the welfare of their children are brought up.

They find it difficult to meet the developmental and parenting demands of their children since they are kept in hostels. In their absence, someone else needs to handle parenting and daily domestic responsibilities.

Families are frequently unable to see surrogates who have been removed from their communities, and when they can, some facilities have severe visiting policies that forbid contact between the mother and her children.

Surrogates who want to stay at home are counseled to stop having sex with their husbands.

It is difficult being a surrogate mother since it impacts the marriage, especially when the spouse is difficult or violent.

If the surrogate experiences short- or long-term health complications, including death, the family will be severely impacted on a social and economical level.

International surrogacy is not as it seems

International surrogacy support services in developing nations, particularly the ethical concerns involving surrogate mothers and children, have been the main focus. It must be acknowledged that commissioning parents in unregulated countries run the risk of financial abuse, fraud, and false hopes.

However, commissioning parents and the several actors that collaborate to make surrogacy effective have the majority of the power in these arrangements.

When it comes to international surrogacy, look at it from the perspective of the welfare of children and surrogate mothers rather than from that of brokers, middlemen, professionals, and commissioning parents who gain from disadvantage.

International surrogacy is not morally neutral, regardless of how it is sold, and harm has been done to children and surrogate mothers.

What You Need to Know About Becoming a Cardiovascular Clinical Scientist