Everything You Need to Know About the Heart-Shaped Diamonds 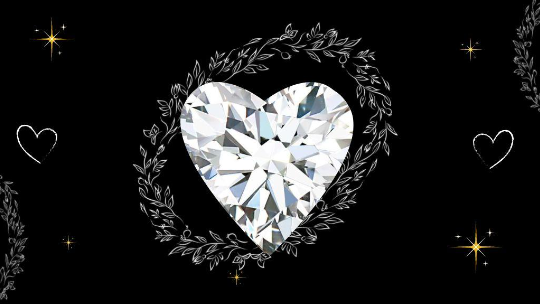 ‘Heart,’ this simple five-letter word, is evocative enough to remind us of countless emotions, from affection and endearment to pain.

An embodiment of romantic love, when precisely the heart shape became a part of the human civilization no one exactly knows. And yet the heart ruby rings are sold at a skyrocketing pace during New Year’s and Valentine’s. Women are especially delighted by the ruby as its red hue is closely associated with desire, passion, and romance.

In fact, heart-shaped diamonds form the most popular center stone choice for engagement and wedding rings after solitaire.

While some historians link the shape to the silphium pods used as early contraceptives in the bygone era, others believe it was the human anatomy that brought the shape into existence.

Nonetheless, hearts have become an inseparable part of our daily lives, from heart emojis to heart-shaped chocolates.

The romantic connotation linked to heart-shaped diamonds has its roots in Renaissance history.

Want to know how? For that, you will have to go through the shape’s history first.

History of the Heart-Shaped Diamond

Plants Commonly Credited for the Advent of Heart Shape

The ivy, one of the plants along with silphium that resembles the heart shape, was historically symbolic of fidelity and is considered the source of its origin.

The earliest record of the heart used as embellishment comes from the 13th century. However, the shape became widespread after it was integrated into the imagery of the Sacred Heart of Jesus in the 15th century.

Served As a Royal Gift

Heart-shaped gemstones captured the world’s attention when the Queen of Scots, Mary, presented the Queen of England, Elizabeth 1 a ring sparkling with a heart-shaped diamond. It was sent as a well-meaning gift to strengthen their friendship. This led the shape to become a symbol of endearment and devotion.

Another highly admired heart-cut masterpiece from the past era is the 20-carat white diamond Cardinal de Richelieu (former France prime minister) received from a wealthy merchant as a present.

Heart diamonds might have been used as embellishment even before the 14th century, as in literature, there are instances where a heart-shaped gemstone is elaborately described.

However, none of the diamonds produced around the Renaissance period were as gorgeous as the ones we get to buy today.

Due to the lack of proper machinery, and inadequate tools, diamond cutting and polishing was a challenge for the diamond cutters of that time.

Most diamond cutters from that period were merely artisans and lacked the knowledge to foresee the transformation a rough could undergo with the proper orientation.

And When the Heart Diamonds Saw Their True Glory

However, the modern cutters of today leave no stone unturned to bring out the best in a diamond and thus maximize its scintillation.

Nonetheless, a heart cut phenomenally heightens the gemstone’s value compared to the rest of the cuts. This happened because the cut was hard to master. Diamond cutting required expectational cutting skills, which weren’t everyone’s cup of tea back then.

As a result, not all cutters would go for the shape. This contributed to the hype around the gemstone, which made it the favorite of the aristocracy.

Now that you know how heart-shaped diamonds have become such an integral part of the modern jewelry designs that you wear today let’s take a sneak peek into what determines the diamond’s price and how you can buy the best sparklers without exceeding your budget.

The price of a diamond is affected by plenty of different factors. Further, understanding what impacts its quality and how you can gauge it is nearly impossible unless you are a gemstone connoisseur.

However, you don’t have to be a gemologist to identify a heart-shaped diamond that genuinely deserves a spot in your collection.

We have listed all you need to know below in our 7-step buying guide.

Whether you are a gemstone collector or trying to get a custom-made diamond ring, the jewel’s dimension will play a key role in your purchase.

3. Focus on the Cut and Clarity

For fancy cuts, diamonds aren’t graded based on their cut. Thus, it is safe to say that for people on a tight budget, the best way to get the most bang for their buck is to focus on the cut and clarity rather than the cut and color.

When buying an engagement or wedding ring, most men choose a 1-carat diamond, which is also the standard acceptable weight.

We have some good news for you if you opt for heart-shaped diamonds. The color variation is less noticeable in a heart-shaped sparkler of such a small size. As a result, the naked eye can’t detect the difference between a ‘D’ and an ‘E’ grade diamond.

So, it is perfectly okay to compromise on the color grade when investing in this shape.

The same goes for the cut; in most settings, the diamonds’ edges are covered by prongs.

However, the equation changes for a diamond that weighs above 1.5 carats. As the size increases, the gemstone’s hue and flaws become prominent. Taking 4Cs into account is vital.

There is a downside for those who want to buy larger diamonds. With an increase in diamond size, the gemstone’s hue becomes conspicuous. Thus, you can’t go for a low grade unless you are okay with a light shade. The same applies to cuts as well.

As a consequence, you can’t compromise on the color anymore.

We have a solution for you. A synthetic variant with a similar composition will undoubtedly offer you the much-needed beauty at a cost that your pocket allows. Or better, choose moissanite in the same configuration. The jewel displays a scintillation much higher than a diamond, thus, offering you the best of both worlds!

Fact: Compared to round diamonds, the heart-cut ones are relatively affordable as they cost 10-15% less than the previous.

5. Check your Diamond for Bowtie Effect

The Bow-tie effect is the property of the gemstone to display a darkened area in the center that resembles the bow tie in shape. It is nearly present in most of the diamond cuts in this shape. The shadowing happens when the light passing the top flattened area of the gemstone is not reflected.

Although a little bow tie wouldn’t take the charm off the diamond, a deeper one can snatch its beauty, and so it forms an undesirable trait.

Online Shopping has made a diamond purchase a breeze, as you can not only buy certified gemstones but also compare them from the comfort of your home.

The Story of Heart-Shaped Diamonds in Few Words

The heart’s deep-seated association with romance makes it one of the most endearing shapes that have ever existed in human history. We hope the above tips have helped you understand why heart diamonds are coveted worldwide.

From being covered by regals to becoming a gift of honor, heart-shaped diamonds became an invaluable possession by the end of the 14th century.

Their immense sparkle, coupled with a scarcity of the shape, made heart-shaped diamonds famous amongst the aristocrats during the Renaissance period.

Buying a heart-shaped diamond is easier said than done. You have to consider all 4C along with additional quality factors such as the brilliance, scintillation, and dispersion rate of the gemstone to get the best bang for your buck.

If you are buying a heart diamond to customize a jewelry piece, ensure it gets along with the base metal of your choice.