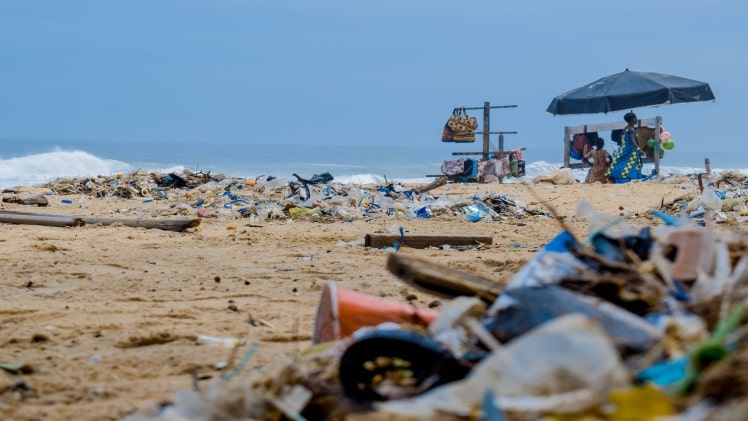 The chemicals were present in the water used by residents on the base between August 1953 and December 1987. The water treatment plants were supposed to treat the water before the supply failed to do so. Hence, the veterans and other people stationed at Camp Lejeune were exposed to contaminated water and faced various diseases.

The water at Camp Lejeune is contaminated with several potentially harmful chemicals, including tetrachloroethylene (PCE), trichloroethylene (TCE), benzene, vinyl chloride, and 1,4-dioxane. These substances are known carcinogens and may also cause organ damage.

Several conditions have been linked with exposure to these chemicals, including kidney cancer, liver disease, non-Hodgkin’s lymphoma, etc. The veterans filed lawsuits to get compensation for medical expenses and other sufferings.

The lawsuit was initially ruled out, stating that the statute of limitation was over. But this enraged the veterans and their families. Hence, a new act named the Camp Lejeune Justice Act was formed to ensure that veterans don’t face any challenges in getting the settlement.

The Camp Lejeune Justice Act was formed in 2022 and was made a part of the Honoring Our PACT Act. It covers all the veterans and their family members who developed any medical conditions linked to contaminated water supplied at Camp Lejeune.

Here are some associated diseases:

Breast cancer is a leading cause of death among women in the United States. According to the WHO, 685,000 women died in 2020 from breast cancer. Moreover, 7.8 million women are diagnosed with breast cancer worldwide.

Women who drank the contaminated water at Camp Lejeune may be at increased risk for breast cancer due to exposure to toxic chemicals called carcinogens in the water supply. Women are considered at higher risk than men because their genetics make them more susceptible to DNA damage caused by these substances.

The study that proved the presence of these carcinogens in the water states that drinking the water increased mortality rates. According to the study published in the BMC journal, contaminated water elevated mortality hazards for all cancers, including breast cancer.

Liver cancer is a form of cancer that occurs in the liver, the largest gland in the body, and serves to filter toxins from the blood. It is common cancer, affecting 41,260 adults in the USA in 2022. Moreover, the American Society of Clinical Oncology also predicts that there will be around 30,520 liver cancer deaths in 2022.

Several factors, including alcohol consumption, hepatitis B or C infection, obesity, and smoking, can cause it. If you have any of these risk factors for liver cancer, you must get tested regularly to catch any potential signs early on.

If detected early, liver cancer is usually treatable with surgery or chemotherapy. However, if left untreated, the prognosis is poor because there are no other ways to reach tumors inside your liver besides surgery and chemotherapy treatments.

The causes are not entirely understood, but it is believed that toxic chemicals may influence the development of Non-Hodgkin Lymphoma. Exposure to trichloroethylene (TCE) has been linked to Non-Hodgkin Lymphoma in humans. However, other possible causes exist, such as genetics or viruses like Epstein Barr virus and human herpes virus 8 (HHV8).

Adult leukemia is a cancer of the blood and bone marrow. This disease is rare. It’s most prevalent in men between the ages of 65 and 70, as the risk of developing adult leukemia increases with age.

Scleroderma is a rare autoimmune disease that causes the skin to harden and tighten around the joints, causing pain and difficulty moving. It can also cause the thickening of the skin on your hands, face, and other body parts. The prevalence of scleroderma depends on various factors, including ethnicity, age, and geographical area.

Exposure to contaminated water at Camp Lejeune may have caused scleroderma in some people who drank it or were otherwise exposed to it while living there.

If you think you might have scleroderma because of your exposure to water at Camp Lejeune during this period, please speak with a medical professional as soon as possible so that they can determine if you can receive compensation under this settlement agreement.

Aplastic anemia is a rare disease that causes a lack of blood cells, leading to anemia. The condition can be caused by exposure to toxic chemicals. Those exposed to toxic chemicals may develop other diseases and even death.

Suppose you were affected by the contaminated water at Camp Lejeune. In that case, you should contact us right away so that we can help you pursue compensation for your injuries and losses due to this tragedy.

Kidney cancer is a common form of cancer that develops in the kidneys. The risk of developing kidney cancer increases with age, with the average age at diagnosis being 64 years old. Although more common in men than women, it affects both genders equally.

Symptoms of kidney cancer include:

With the Camp Lejeune Contaminated Water Lawsuit, many people have been able to get compensation for the illnesses that resulted from the contaminated water. The victims of this tragedy deserve every bit of justice they can get, so it’s vital that you know about this lawsuit and how it might affect you or someone you love.

How Relevant is Demography to the Field of Public Health?